By popular request, my three first overland trike journeys are now combined into one book of adventure. Here are the journals of 2,446 miles reclined in the cockpit of a human powered recumbent tadpole tricycle. This book is available in the following formats: Paperback, Kindle, iPad, iPhone, eBook, Kindle Fire, and Kindle HD. Further explanatory text from Amazon about this book follows these two images.

The three recumbent tricycle journeys chronicled in this trike adventure book are: Death Valley (2009), Eastern Sierras (2011), and the Pacific Coast (2013). 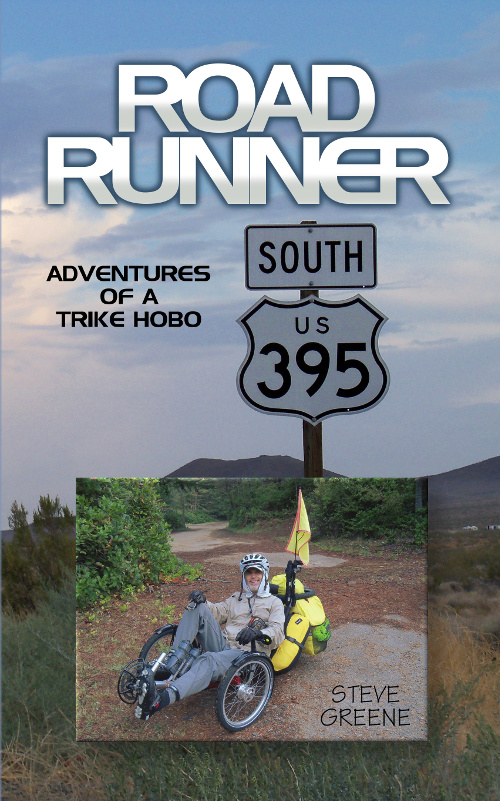 Click the cover images to acquire this book at Amazon. Suggested retail: $15.00 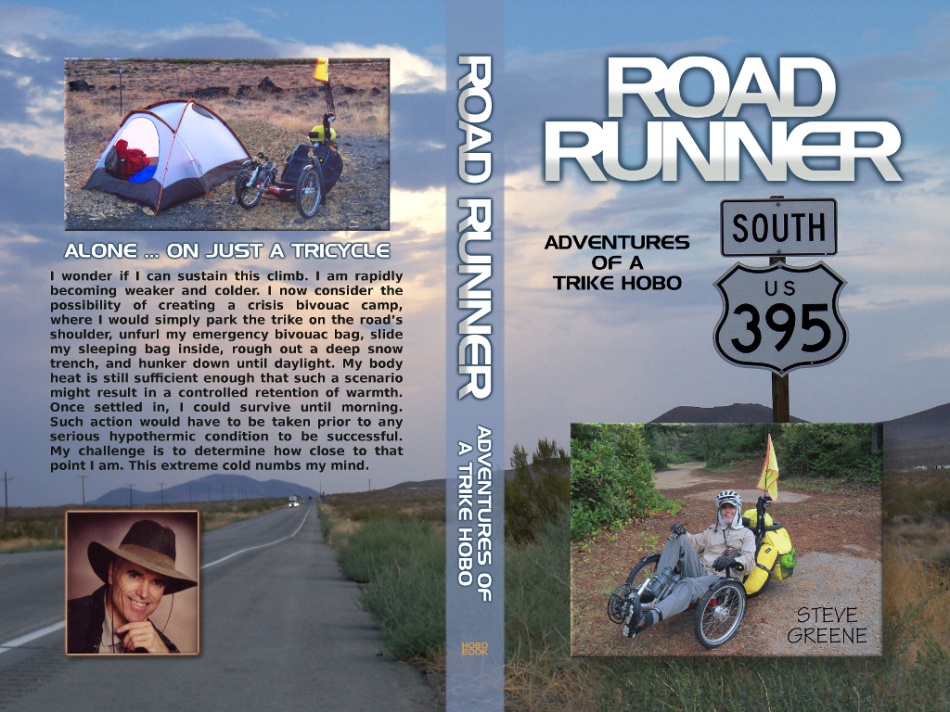 What is life like for someone who travels cross country on a human powered recumbent tricycle? Find out, as Steve Greene shares three of his overland tricycle journals in this book of adventure and survival on the edge of the road. As part of his environmental preservation paradigm, Steve sold his final petroleum powered vehicle in 2008, and has learned to adapt to being his own engine in a vehicle that weighs only 33 pounds instead of 4,000, a recumbent cycle that emits no toxic pollutants as it enables him to travel wherever he has the spunk to venture. Share the adventure of 2,446 miles, pedaling during the day, and sleeping in a tent during the night. The distance a car can cover in one hour is covered by Steve on his trike in one day, and he shares aspects of travel never known by petrol powered motorists. Born in the mid twentieth century, Steve continues to reveal that the human body is able to flourish and improve as it ages gracefully – in the seat of a recumbent tricycle!

Steve Greene is a wilderness rogue who has stepped away from the traditional expectations of materialistic consumption and excessive financial acquisition. As an independent journalist, writer, and author, Steve shares his views on life as it relates to the natural world, including his commitment to preserving the quality of the air we breathe as he uses a human powered recumbent tricycle to travel distances that normally are driven in a petroleum powered automobile. He has been a champion of maximum functional longevity during his adult life, and demonstrates through his extreme fitness level that the human body is easily capable of surviving for significantly longer than what is normally expected in affluent nations.

While these adventure journals are freely available online, over the spread of many pages of several websites, a number of requests have been made of me to package them all as an easily-read single unit in book form, thus the creation of this book. The more than 3,000 photographs have not been included in this book, but are all available on the websites that chronicle the adventures.

For any business or library wishing to offer Road Runner to patrons, this is accomplished through a distribution method that enables qualified resellers and libraries to order books at wholesale prices. Upon application, eligibility will be confirmed within 24-48 hours after creating a reseller account. Volume book order discounts depend upon the business type (Libraries, 20% / Retail, 35% / Distribution, 45%). Click HERE to initiate this DIRECT RESELLER process. 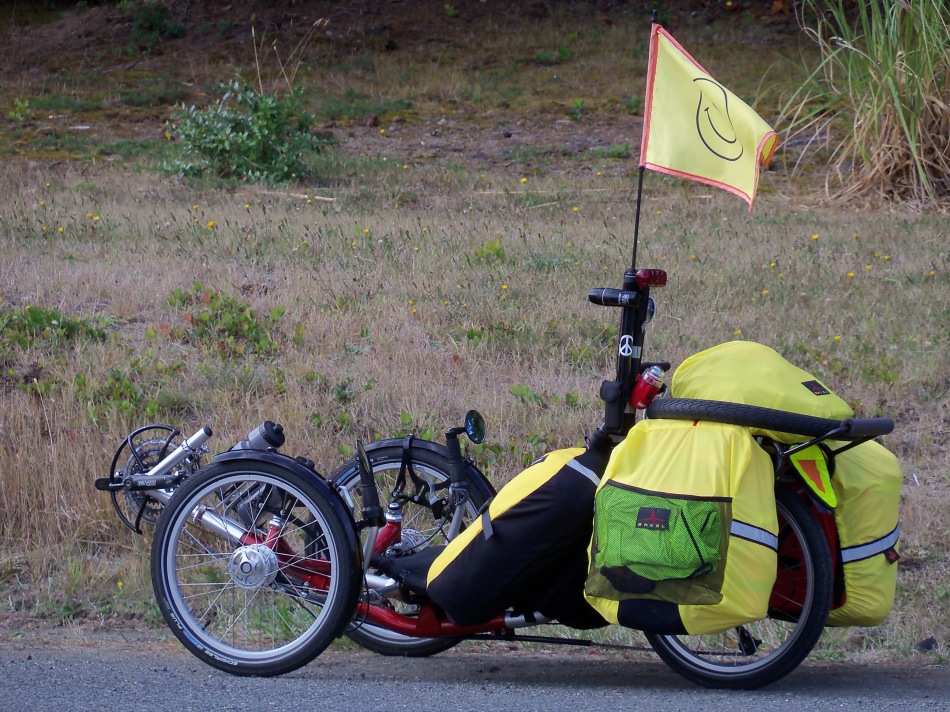 Okay, just in case you’ve decided not to get this book, I want you to take a look at a genuinely stoked trike fanatic, who is clearly very excited to have received his copy! It is obvious that this trike hobo is one exceptionally happy camper! Imagine this joy in your own head … 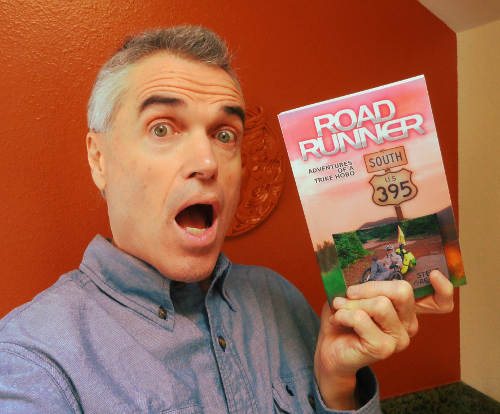 NOTE: The copy of the book shown in the photo above with Trike Hobo is the original cover. As of November 01, 2016, the cover was redone as shown at the top of this page. The former cover was a high gloss finish, whereas the updated cover is a matte finish. All interior material remains as it was originally. This is simply a cosmetic change on the cover.